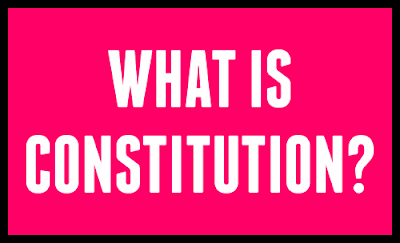 Provisions of Indian Constitution and their Source

National Flag of India:
Adopted by the Constituent Assembly on 24th of July 1947, the ratio between the length and breadth is 3:2, consists of strips of three/3 colours – Saffron, white and green, from top to bottom, and a wheel of blue colour in the middle having 24 spokes.

Taken from the Ashokan Pillar in Sarnath. There are four lions standing back to back, mounted on an abacus with a frieze carrying sculptures on high relief of an elephant, a galloping horse, a bull and a lion separated by intervening wheels over a bell-shaped lotus. The words “Styamev Jayate” from “Mundaka Upnishad”, meaning “Truth Alone Triumphs” inscribed below in Devanagri Script. 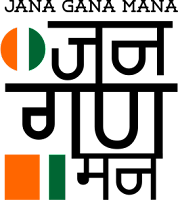 The song "Jana-gana-mana" composed originally in Bengali by Ravindra Nath Tagore, was adopted in Hindi version by the Constituent Assembly as the National Anthem of India on 24th January 1950. It was first sung on 27th December 1911 at the Calcutta session of the Indian National Congress.

The National Song "Vande Mataram", composed in Sanskrit by Bankimchandra Chatterji, was a source of inspiration to the people in their struggle for freedom. It has an equal status with "Jana-gana-mana". The first political occassion when it was sung was the 1896 session of the Indian National Congress.

The magnificent Royal Bengal Tiger, Panthera Tigiris is the national animal. The combination of grace, strength, agility and enormous power has earned the tiger its pride of place as the national animal of India. To check the dwindling population of tigers in India, “Project Tiger” was launched in April 1973. So far, 27 tiger reserves has been established in the country under this project. 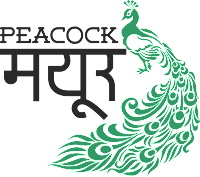 The Indian peacock, Pavo Cristatus, is the national bird of India. It is colourful, swan-sized bird, with a fan-shaped crest of feathers, awhite patch under the eye and a long, slender neck.
The peacock is widely found in the Indian sub-continent from the south and the east of the Indus river, Jammu Kashmir, east Assam,, south Mizoram and the whole of the Indian peninsula. The peacock is fully protected under the Indian Wildlife (Protection) Act, 1972.

Lotus, Nelumbo Nucipera Gaertn is the national flower of India. It is sacred flower and occupies a unique position in the art and mythology of ancient India and has been an auspicious symbol of Indian culture since time immemorial.

A fleshy fruit, eaten ripe or used green for pickles etc., of the tree Mangifera indica, the mango is one of the most important and widely cultivated fruits of the tropical world. Its juicy fruit is a rich source of Vitamins A, C and D. In India there are over 100 varieties of mangoes, in different sizes, shapes and colours. Mangoes have been cultivated in India from time immemorial. The poet Kalidasa sang its praises. Alexander savoured its taste, as did the Chinese pilgrim Hieun Tsang. Mughal emperor Akbar planted 100,000 mango trees in Darbhanga, Bihar at a place now known as Lakhi Bagh.

The Ganga or Ganges is the longest river of India flowing over 2,510 kms of mountains, valleys and plains. It originates in the snowfields of the Gangotri Glacier in the Himalayas as the Bhagirathi River. It is later joined by other rivers such as the Alaknanda, Yamuna, Son, Gumti, Kosi and Ghagra. The Ganga river basin is one of the most fertile and densely populated areas of the world and covers an area of 1,000,000 sq. kms. There are two dams on the river - one at Haridwar and the other at Farakka. The Ganges River Dolphin is an endangered animal that specifically habitats this river.

The national calendar based on the Saka Era, with Chaitra as its first month and a normal year of 365 days was adopted from 22 March 1957 along with the Gregorian calendar for the following official purposes:


Dates of the national calendar have a permanent correspondence with dates of the Gregorian calendar, 1 Chaitra falling on 22 March normally and on 21 March in leap year.